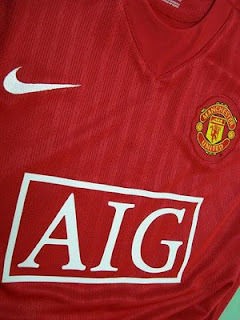 Before the turn of the decade, 2 events have already earned their place in the history books: the 9/11 terrorist attacks and the end of an era for investment banking. The current crisis has yet to be played out, and it remains to be seen how this tragedy from the world of high finance impacts the everyman world we live in. The volatility index, the so-called "fear factor", are at levels not seen since World war II. The signs have been there for a while. Dow Jones have been swinging up and down with the regularity of a roller-coaster ride since the start of 2008. As of now, it appears, government attempts to save the world have succeeded in placating the markets quite a bit. The cost of saving these financial institutions have effectively been transferred to the everyman taxpayer. If there ever were a game that goes "heads I win, tails you lose", this is it. The bankers who wrote the CDOs in the subprime boom may have lost their jobs, but they had already made their hay while the sun was still shining, hay that would take the rest of the populace a few lifetimes to make.

Such is the moral quandry facing the Fed. AIG have been described as having "tentacles all over the world". The collapse of AIG would leave gaping holes so large that the world would just implode on its own. With US$1 trillion in counterparty assets, this is no exaggeration. Even Freddie Mac and Fannie Mae have exposures to the tune of some US$8 billion in bonds bought by Bank of China and various other Asian banks. The Fed bailout of these firms, thus guaranteeing the securitised loans, have somewhat sheltered Asia from the financial storm. So far it seems, only Lehman Brothers have filed for the dreaded Chapter 11 bankruptcy. We can only observe with baited breath the fallout following the collapse of the 4th largest investment bank in the world. Not as spectacular as what an AIG collapse would induce --it's more fun reading about the Great Depression than living it--but still worth a look.

The Bank of Korea said the country's financial institutions had exposure of a combined $1.34 billion to Lehman and Merrill Lynch (MER.N: Quote, Profile, Research, Stock Buzz) as of Aug 31.

Central bank said Thailand's 14 commercial banks had only $124 mln of direct exposure to Lehman and more than that in foreign exchange contracts. Bangkok Bank BBL.BK said it holds $101 million in senior, unsecured bonds.

What exciting times we live in!
Posted by Required field left blank at 12:27 PM No comments:

The Eiffel Tower is already in their sight. They have scented blood and are moving in for the kill. In a week's time, they would come with guns-ablazing, and we would know our fate. Resistance is almost futile now. A 5 week onslaught have totally caught us by surprise, and left us bereft of manpower, time, resources and food. Extremely low on morale, the soldiers are bordering on mutiny. Some divisions are even deserting their positions. What's worse, the trail of defeats has left confidence totally shattered. We are only fighting on adrenalin, fighting only because red blood still courses through our veins. The citizens are engulfed in a myriad of emotions, ranging from the defiant, to the fearful, to the desperate, to resentment, and now resignation. Fate is no longer in our hands. The Maginot Line--our sentinel, our saviour, our fortress, which we have painstakingly built up over the past year, has turned out to be a just another cruel illusion. It was never enough. We were totally out of our depth, totally outplayed, out maneuvered, out-thought, and out-fought and now we face the consequences of our CARELESS mis-steps. We only have ourselves to blame for the dire state we find ourselves in. But now is no longer the time to talk of recriminations. The hour has cometh. Make a last-ditch stand. Recall the spirit of Verdun. Fight till the last drop of blood is shed. Fight to reclaim our dignity. Ils ne passeront pas. Hollow words they shall remain to be unless we take ACTION!