Hyperinflation - The money is disappearing even as I sit here and contemplate it.
Arbitrage - You are being paid to receive money (positive cashflow)
Markov - Throw away all your financial news articles. History has no bearings on the future.
Supermartingale - Life is a supermartingale. Expectation decreases as time passes.

A friend recently shared a reflection with me:
人可笨不可懒。
Man can afford to be stupid, but not lazy.

This is so true, especially in the modern-day context. Day by day, resources are getting scarcer, but the competition is getting keener. It used to be enough to be good at something. Then the bar was raised--one must specialise. Now, you have to be at the pinnacle of your game. In this winner-takes-all society, only the ones at the top are ambly rewarded with riches. The rest are left scraping at the bottom of the barrels. Just spare a thought for the otherwise supremely gifted Olympic sprinters and swimmers of the Beijing 2008 cohort, who had trained all their lives for their one moment of glory, and turned up only to be left floundering in the wake of Bolt and Phelps.

Faced against insurmountable odds, it is easy to throw in the towel, and give up the fight. Fair enough. There's alternative ways of living than just about fighting for the scraps in life. For those who choose to soldier on, here's a rallying cry. We must persevere, in spite of our stupidity (or limitations). Because, quite frankly, that is all we have left.

As for the other reflection that life is a supermartingale, this is what Emanuel Derman has to say:

At age 16 or 17, I had wanted to be another Einstein; at 21, I would have been happy to be another Feynman; at 24, a future T.D. Lee would have sufficed. By 1976, sharing an office with other postdoctoral researchers at Oxford, I realized that I had reached the point where I merely envied the postdoc in the office next door because he had been invited to give a seminar in France.

In much the same way, by a process options theorists call time decay, financial stock options lose their potential as they approach their own expiration. They call this the negative theta factor θ. It is all too easy to let our thetas rise (much like entropy), but to bring our thetas under control requires a lot of determination and stomach for a fight. The struggles of life has now been neatly encapsulated into a symbol. 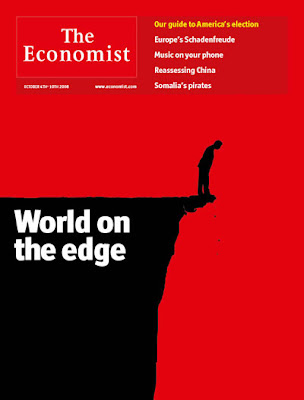 Posted by Required field left blank at 4:42 PM No comments: